The Most Dangerous Game/Son of Kong Double Feature 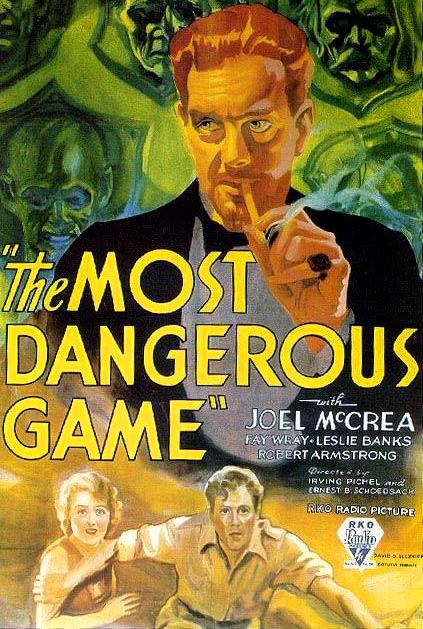 Before making movie history with King Kong (1933), the creative team of Merian C. Cooper and Ernest B. Schoedsack amazed audiences with The Most Dangerous Game (1932), an exciting adaptation of the O. Henry Prize-winning story by Richard Connell. The film stars Leslie Banks as Count Zaroff, a big game hunter on a remote island who forces shipwrecked survivors Bob Rainsford (Joel McCrea) and Eve Trowbridge (Fay Wray) into a deadly game of cat and mouse.

This special double feature concludes with Son of Kong (1933), Cooper and Schoedsack’s sequel to their epic thriller King Kong. Robert Armstrong reprises his role as Carl Denham, fleeing New York aboard a ship to escape all his creditors after the destruction caused by Kong. After a mutiny, Carl finds himself on the mysterious Skull Island once again. There, he encounters a gentler relative of Kong, who may be his only chance for survival on an island on the brink of destruction.

The New Castle-Henry County Public Library invites you to a free showing of The Most Dangerous Game (1932) and Son of Kong (1933), November 16 at 6:30 pm in the auditorium. Enjoy popcorn while you’re there.