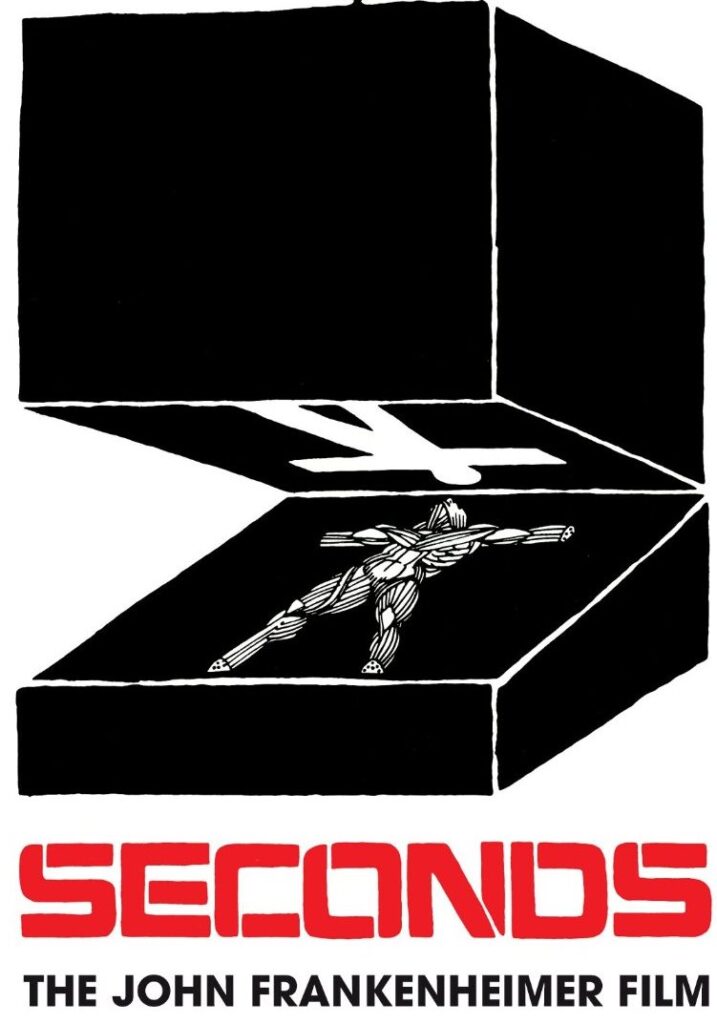 Seconds (1966) is the third and final episode of Frankenheimer’s “Paranoia Trilogy,” a sequence of films that include political thrillers The Manchurian Candidate (1962) and Seven Days in May (1964). The central protagonist is suburbanite Arthur Hamilton (John Randolph), a bank executive who has reached the twilight years of his life with few accomplishments, save for a small monument for past glory in the shape of a dust-collecting tennis trophy in his bedroom. In short, life has become a great big bore for Arthur Hamilton. Soon he is plunged into a whirlpool of the bizarre. Strange phone calls in the dead of night from old friend thought dead, pressing him to contact a shadow organization that can grant Arthur a new lease on life. Reluctantly, Arthur agrees and finds the business through a strange series of back doorways and a ride in the back of a meat-packing truck. After smoothed-talked into signing a contract and paying a large sum of money, Arthur undergoes a painful surgical procedure that completely transforms his appearance. With a new look, name, and job history (the latter involving a phony college degree and a fake career as a painter), Arthur (now “Antiochus Wilson,” played by Rock Hudson) begins his life again on the west coast. But not is all what it seems.

Seconds was the culmination of a series of noteworthy films John Frankenheimer directed between 1961 and 1966, possibly the peak years of his career. The courtroom drama The Young Savages (1961) tackled gang violence and racial prejudice. All Fall Down (1962) was a counterpoint to the seeming perfection of domestic life depicted in TV sitcoms of the time like Father Knows Best and Leave it to Beaver. Seconds is the dark flipside to the American Dream with an important lesson. It was also ahead of the curve, foreshadowing thrillers in the subsequent decade like The Conversation, The Parallax View, The Stepford Wives, and Capricorn One. Review by staff member Josh D.