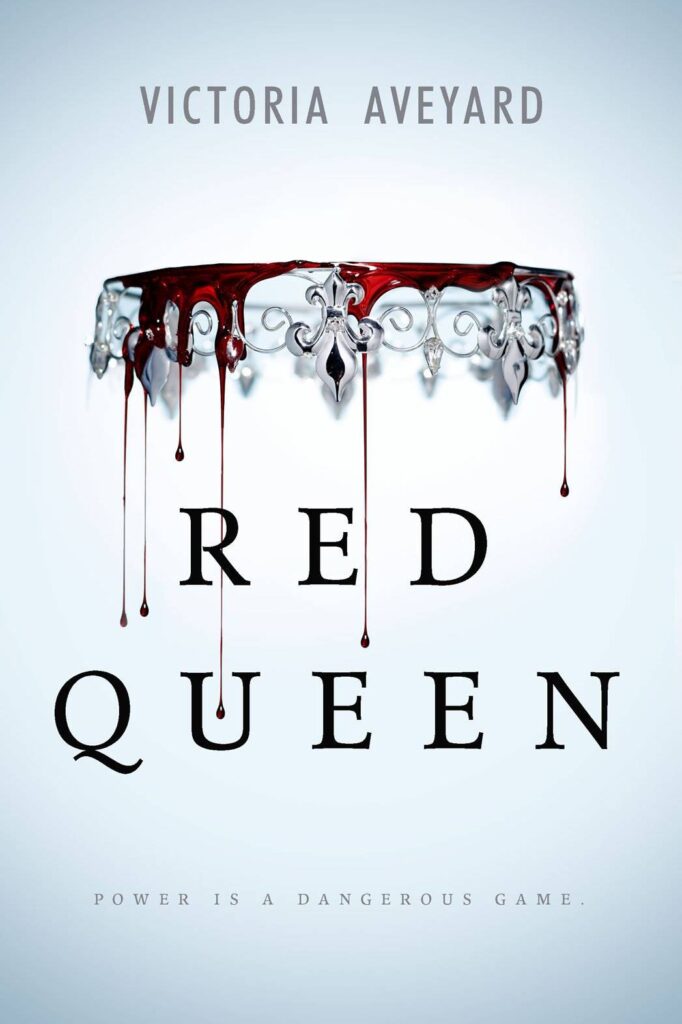 “I hate First Friday. It makes the village crowded, and now, in the heat of high summer, that’s the last thing anyone wants.” (Red Queen, Sentences 1&2).

“This is a world divided by blood – red or silver. The Reds are commoners, ruled by a Silver elite in possession of god-like superpowers. And to Mare Barrow, a seventeen-year-old Red girl from the poverty-stricken Stilts, it seems like nothing will ever change. That is, until she finds herself working in the Silver Palace. Here, surrounded by the people she hates the most, Mare discovers that, despite her red blood, she possesses a deadly power of her own. One that threatens to destroy the balance of power. Fearful of Mare’s potential, the Silvers hide her in plain view, declaring her a long-lost Silver princess, now engaged to a Silver prince. Despite knowing that one misstep would mean her death, Mare works silently to help the Red Guard, a militant resistance group, and bring down the Silver regime. But this is a world of betrayal and lies, and Mare has entered a dangerous dance – Reds against Silvers, prince against prince, and Mare against her own heart” (Goodreads synopsis).

This is one of my new, favorite, fantasy series. This is book one of the series–I’ve finished book two (Glass Sword) and book three is currently out (King’s Cage). I’m dragging my heels on picking up the third book because the ending of the second book left me in tears. I have a confession to make–I may have accidentally watched the book trailer for the third book before I’d even gotten through the first. I know, I know…*hangs head in shame*…but it didn’t ruin anything major, and I’d already had my suspicions about that specific character. The fast-paced plot and action scenes are enough to keep you on the edge of your seat. I had to stop listening (I was listening to the audiobook) a handful of times because it got too intense and I realized I was screaming at my car stereo.

The second book was even better.

Read this series if you enjoyed the Throne of Glass series by Sarah J. Maas, An Ember in the Ashes series by Sabaa Tahir, or the Young Elites series by Marie Lu.