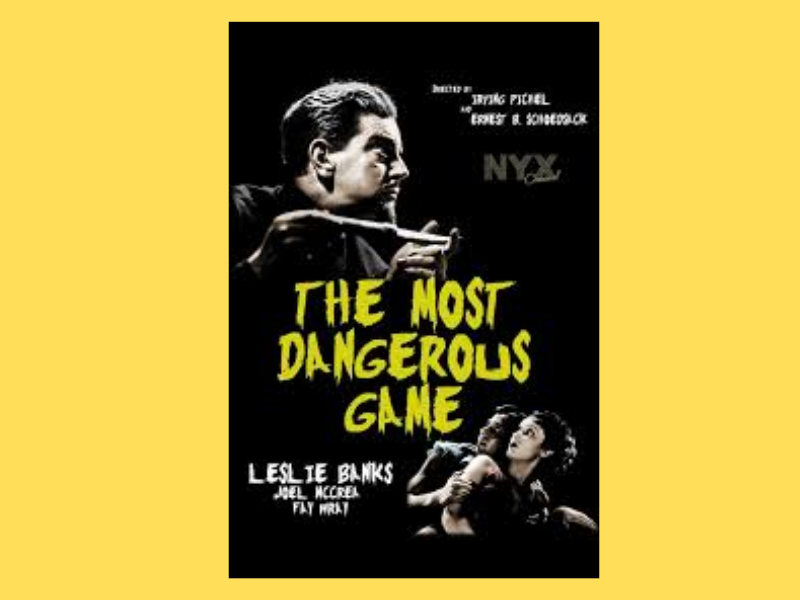 The Most Dangerous Game (1932) is based upon a famous short story by Richard Connell. It follows a big game hunter, Bob Rainsford (Joel McCrea), who becomes shipwrecked on a remote island. There he finds the mansion of Count Zaroff (Leslie Banks). He is made welcome and meets two other survivors of a previous shipwreck. They are brother and sister Martin and Eve Towbridge, played by Fay Wray and Robert Armstrong. Much to their fear and disgust, they soon learn that Zaroff hunts human quarry and find themselves being hunted by the insane Zaroff.

Using the same jungle set constructed for King Kong (1933), The Most Dangerous Game was a place-holder to keep key cast and crew available during Kong’s long production schedule. This included actors Fay Wray and Robert Armstrong, as well as music composer Max Steiner. Though by modern standards it’s technically primitive, The Most Dangerous Game is still well worth checking out. The strong story and no holds barred action continue to make the film solid entertainment after nearly 90 years.