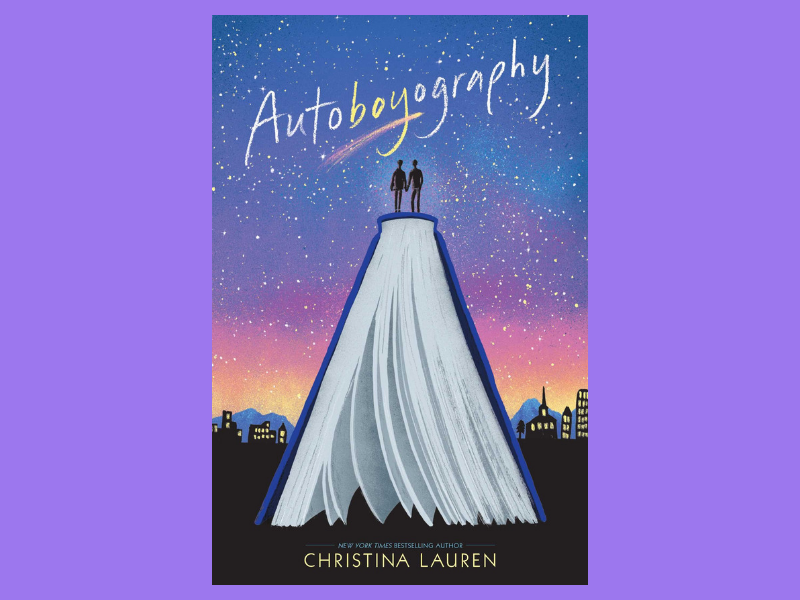 “The end of our final winter break seems almost like the beginning of a victory lap” (Autoboyography, Pg 1, Sentence 1).

“Three years ago, Tanner Scott’s family relocated from California to Utah, a move that nudged the bisexual teen temporarily back into the closet. Now, with one semester of high school to go, and no obstacles between him and out-of-state college freedom, Tanner plans to coast through his remaining classes and clear out of Utah. But when his best friend Autumn dares him to take Provo High’s prestigious Seminar—where honor roll students diligently toil to draft a book in a semester—Tanner can’t resist going against his better judgment and having a go, if only to prove to Autumn how silly the whole thing is. Writing a book in four months sounds simple. Four months is an eternity. It turns out, Tanner is only partly right: four months is a long time. After all, it takes only one second for him to notice Sebastian Brother, the Mormon prodigy who sold his own Seminar novel the year before and who now mentors the class. And it takes less than a month for Tanner to fall completely in love with him” (Goodreads synopsis).

I LOVED this book. Like, I would rate this book a 5/5. This book is about love, family, best friends, faith, and acceptance. I really enjoy books that broaden my horizons, and this one did so by focusing on the Mormon faith. I didn’t realize going into this book that I had ZERO knowledge of The Church of Jesus Christ of Latter-day Saints beyond a WRONG stereotype that Mormons believe in polygamy. This book taught me a lot about LDS–I had no clue the faith believes in a two year mission, relies heavily on public service, and does not, in fact, believe in polygamy (it was banned in 1890).

The main character, Tanner,  is quite possibly the most honest teenager I’ve ever encountered in a book. The fact that he’s so in touch with his feelings, and communicates them so well…I’m still in awe. The writing in this novel is just beautiful. For example, Tanner says: “I don’t actually care if you break my heart, Sebastian. I went into this knowing it could happen and I gave it to you anyway.” And then he tells Autumn, “I’m describing how my heart beats.” Tanner never hesitates–that sort of emotional bravery is beyond my realm of understanding.

I’m ashamed to admit it, but whenever a completely MORTIFYING event happened to Tanner, he handled it with so much more composure than I did. There were multiple times when I shut off the audiobook and literally screamed; I don’t handle embarrassing situations very well. Another coping mechanism I used was turning the volume up and down until the scene passed. Yep, I’m incredibly mature like that. There were a few scenes where I thought I was going to die. I haven’t had these sorts of reactions to a book since reading Jandy Nelson’s I’ll Give You The Sun. So basically what I’m trying to say is… there are a ton of cringe-inducing moments in the book–you’ve been warned.

Read this book if you like: Simon vs The Homo Sapiens Agenda by Becky Albertalli, Aristotle and Dante Discover the Secrets of the Universe by Benjamin Alire Saenz, or The Great American Whatever by Tim Federle