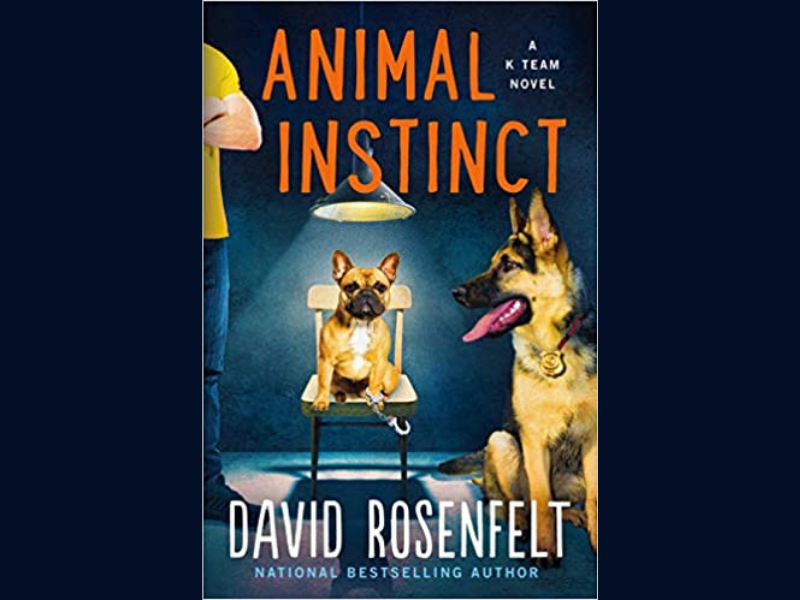 Corey Douglas and his K-9 partner, a German shepherd named Simon Garfunkel, are recently retired police officers turned private investigators. Along with fellow former cop Laurie Collins and her investigating partner, Marcus, they call themselves the K Team, in honor of Simon.

The K Team’s latest case – a recent unsolved murder – gives Corey a chance to solve “the one that got away”. Corey knew the murder victim from his time on the force, when he was unable to protect her in a domestic dispute. Now, he is convinced the same abusive boyfriend is responsible for her murder. With some help from Laurie’s lawyer husband, Andy Carpenter, the K Team is determined to prove what the police could not, no matter the cost. What they uncover is much more sinister than they could have imagined.

This book is the second in a new series by David Rosenfelt. This series is a spin-off of his Andy Carpenter series and well worth the read. The characters were memorable and well thought out. The story was excellent and had good twists and turns throughout the story. The conclusion was very satisfactory. I have always loved books with animal characters and am looking forward to reading more about Corey and Simon Garfunkel.